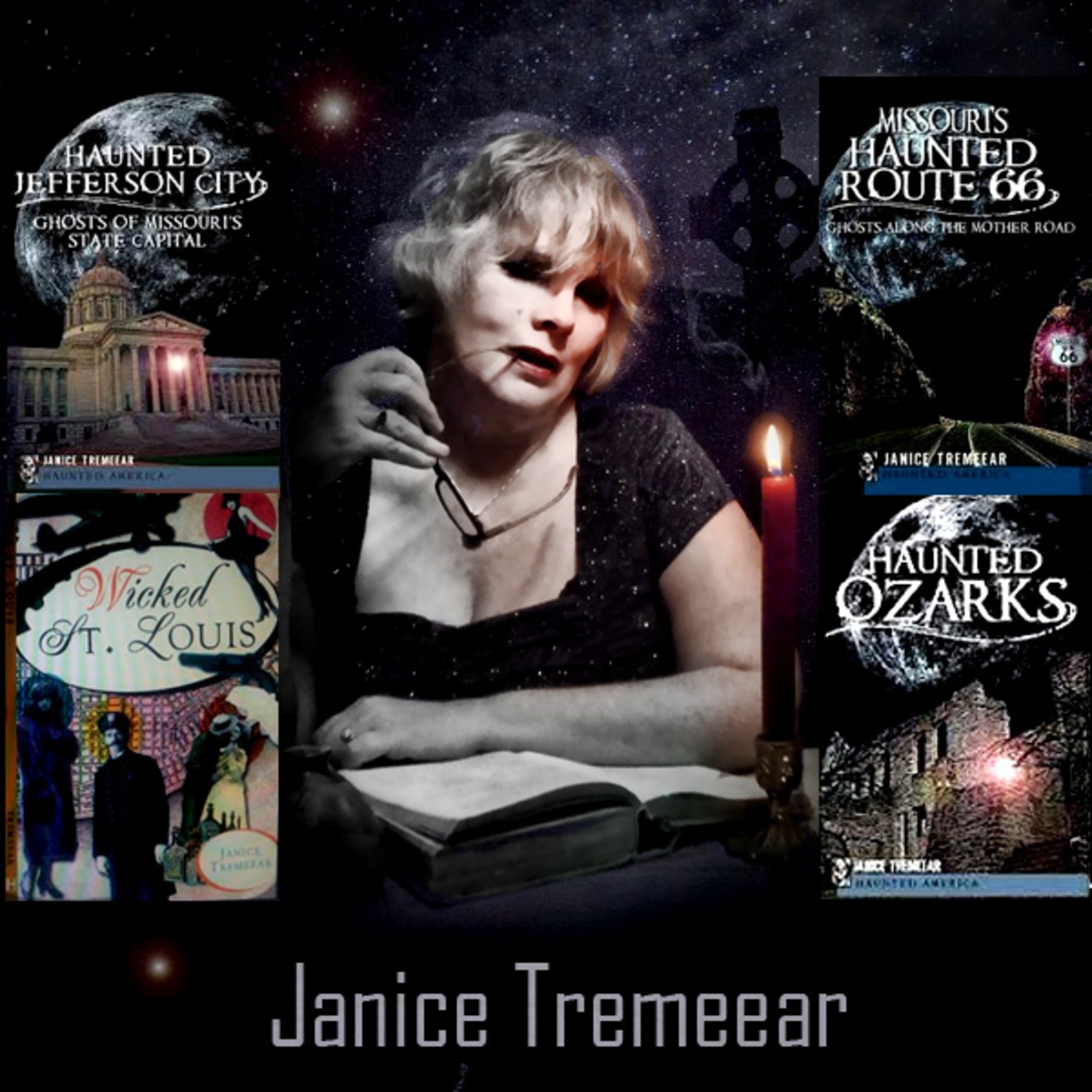 Janice has written four books for History Press to date. They are: Missouri’s Haunted Route 66:Ghosts Along the Mother Road, Haunted Ozarks, Wicked St. Louis and Haunted Jefferson City:Ghosts of Missouri's State Capital. Interested in all things paranormal from a young age, Janice is a certified Reiki Master in the Usui Skiki Ryoho lineage and uses her skills in energy work,mediumship, dowsing and intensive historical research on locations she and her team, ParaNatural Research Association investigates. She has investigated several locations throughout Missouri and the surrounding states and has worked with other teams as well as training people for taking charge and establishing their own investigative teams. Janice gives lectures across Missouri on the paranormal and the historical significance of haunted locations in the state. Her Media credits include: appearances with Dr. Micheal Lynch on the Itchy Show; an independent program aired out of St. Louis, Mo., The Kelly Lamm Show on Westplex 107 radio from St. Louis KSGF radio, Springfield, Mo. KSPR33 TV , Springfield Mo. She was the first paranormal author to guest at VisionCon 2011 and returned for 2012 and 2013. Paracon 2011 in DeSoto Mo. Pagans in the Park, 2010, 2011, 2012 in Springfield, Mo. 2012 St. Louis Pagan Picnic 20th Anniversary (booked to return 2013) Spirit Fair in Springfield, Mo. She is a contributing author for Spooky Southcoast and Paranormal Phenomena Diaries Participated November 8 2011 in a energy measuring experiment using her dowsing rods and other equipment with members of PPRS and Crystal Skull Explorers- Joshua Shapiro and Katrina Head with the Crystal Skulls, “Portel De Luce”, Roseletta and Frankie Special guest at Pythian Castle for a new series of four hour investigation held beginning in 2013 Internet radio and tv programs Two indy movie projects to be announced She is also working on new books with History Press and other publishers and a Podcast for Spooky Southcoast. Janice is currently attending school to become a LMT http://nightshadealchemy.webs.com/ https://www.facebook.com/janice.tremeear