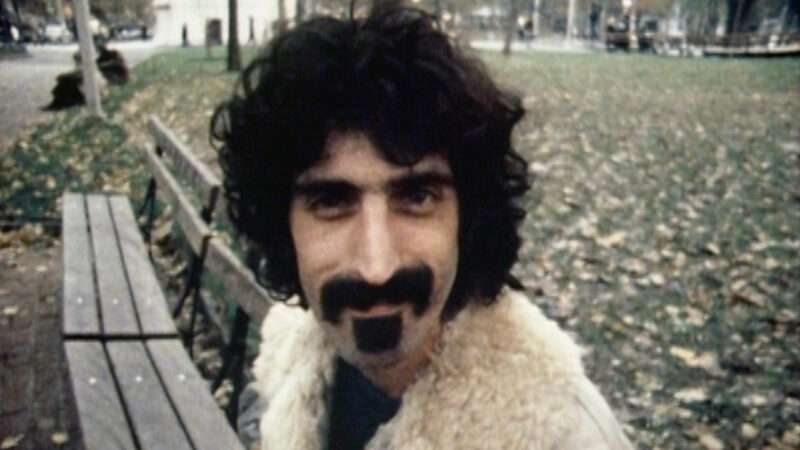 Before his death from prostate cancer in 1993, Rock & Roll Hall of Fame member Frank Zappa spent time in jail for making an obscene recording requested by undercover cops, released 60 records in every genre imaginable, became one of the first modern musical artists to start his own company, testified before Congress that labeling music due to lyrical content was an attack on free speech, and inspired Vaclav Havel and others fighting Czechoslovakia's repressive communist regime. He packed a hell of a lot into 52 years, and made a lot of waves and enemies along the way.

Zappa is the subject of an eponymous new documentary by Alex Winter, whose previous films include Downloaded (a study of Napster and unauthorized file sharing), Deep Web (a look at Ross Ulbricht and the Silk Road), and Trust Machine (an exploration of how blockchain technology decentralizes power; go here for a Reason interview with him about that film). "Zappa," says Winter, who is also well-known for his acting in the Bill & Ted series and other films, "matters because he was an extremely talented and composer but also because…was very anti-authoritarian, very anti-fascist, very pro–citizens' rights. He also saw the tech revolution coming. In all of these extremely interesting ways, Zappa was ahead of the curve." Although his politics, like his music, defy easy (or any, really) categorization, Winter says that Zappa's overriding beliefs in free speech, individualism, and entrepreneurship carried strong libertarian connotations.

Winter talks with Nick Gillespie about Zappa's life and legacy, including his internal contradictions regarding sexual freedom, his ultra-critical attitudes toward hippies and drugs, and other matters. Winter also discusses his own oeuvre as a documentarian and weighs in on a possible pardon for Ross Ulbricht, the founder of Silk Road whom President Donald Trump is reportedly considering for a pardon or commutation. Ulbricht, says Winter, bore the brunt of panics over both the internet and bitcoin, and was sentenced for far longer than his crimes deserve. "I think he should not be in jail anymore. Full stop."