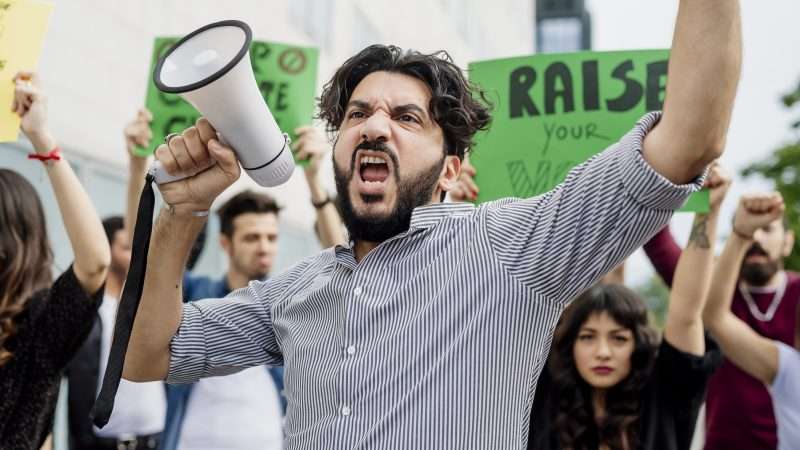 An increasing number of corporations, universities, and other organizations hold anti-racism seminars in which participants are expected to acknowledge their own racism at the start of the meetings or to write "letters of apology to marginalized people whom they may have harmed."

Anthropologist and brand consultant Grant McCracken, who has taught at places such as Harvard Business School and worked with people such as Kanye West, says such imperatives are doubly bad. First, they don't acknowledge the changed nature of institutions over the past half-century toward inclusion and equality and second, they leave participants feeling defamed and diminished. There's never a good reason to say you are a racist, he writes, unless, of course, you are one.

McCracken's work will be familiar to Reason readers, both as a contributor to our pages and as an influence on the magazine's broad conception of culture as a dynamic, participatory process through which we all figure out who we are and what we want to become. His 1998 book Plenitude, in which he documents what he calls the "quickening speciation of social types," remains the essential starting point for understanding the relentlessly heterogenous world in which we live.

His new book is called The New Honor Code: A Simple Plan for Raising Our Standards and Restoring Our Good Names. It explores the seeming disappearance of honorable behavior from much of our personal, professional, and public lives. Sports heroes such as Lance Armstrong not only cheat to win but lie about it while accusing others of cheating. Medical professionals such as Larry Nassar abuse their position as the USA Gymnastics team doctor to assault hundreds of young, defenseless patients. Politicians ranging from Nancy Pelosi to Donald Trump to Alexandria Ocasio-Cortez to Ted Cruz regularly defame and lie about their opponents without evidence or fear of reprisal.

What America needs, says McCracken, is a rebirth of honor that demands we insist on basic standards of behavior, especially from those in positions of power, and that we also treat others as we ourselves would like to be treated: with respect and compassion. The New Honor Code is a rich text, drawing from McCracken's academic research into Elizabethan England, his abiding curiosity about popular culture, and his work in corporate America. Few other thinkers can distill lessons for the future from figures as diverse as 16th-century English diplomat Thomas Elyot, Beat writers such as Jack Kerouac and Allen Ginsberg, and Canadian musician and Elon Musk partner Grimes.

20h ago20h ago
Subscribe
Unsubscribe
Hàng tuần
Every Monday, the libertarian editors of the magazine of “Free Minds and Free Markets”—Matt Welch, Nick Gillespie, Katherine Mangu-Ward, and Peter Suderman—discuss and debate the week’s biggest stories and what fresh hell awaits us all.
T
The Wilderness

9d ago1w ago
Subscribe
Unsubscribe
Hàng tháng+
As the tone of public discourse becomes increasingly angry and divisive, Common Ground Committee offers a healing path to reaching agreement and moving forward. We talk with top leaders in public policy, finance, academe and more to encourage the seeking and finding of points of agreement, and to demonstrate how combating incivility can lead us forward.
T
The More Perfect Union

11d ago1w ago
Subscribe
Unsubscribe
Hàng tháng+
Real debate without the hate!
C
Can He Do That?

23h ago23h ago
Subscribe
Unsubscribe
Hàng tuần
“Can He Do That?” is The Washington Post’s politics podcast, exploring presidential power in the face of weakened institutions, a divided electorate and changing political norms. Led by host Allison Michaels, each episode asks a new question about this extraordinary moment in American history and answers with insight into how our government works, how to understand ongoing events, and the implications when so much about the current state of American life and the country’s politics is unlike ...
P
Payne's Politics

39m ago39m ago
Subscribe
Unsubscribe
Hàng tuần
Sebastian Payne takes you into the corridors of power to unwrap, analyse and debate British politics with a regular lineup of expert Financial Times correspondents and informed commentators. New episodes available every Saturday morning.
P
Pod Save the People

3d ago3d ago
Subscribe
Unsubscribe
Hàng tuần
Organizer and activist DeRay Mckesson explores news, culture, social justice, and politics with analysis from Kaya Henderson, De’Ara Balenger, and others. Then he sits down for deep conversations with experts, influencers, and diverse local and national leaders. New episodes every Tuesday.
I
Intercepted with Jeremy Scahill

2d ago2d ago
Subscribe
Unsubscribe
Hàng tuần+
Our world is changing faster than most people can adapt. If you want to survive and thrive in the economy and culture of tomorrow it starts here. Liberty, libertarianism, and Austrian economics are the backbone of our philosophy. Personal autonomy and income mobility is our goal.
F
Face the Nation on the Radio