The Reason Interview With Nick Gillespie « »
Rep. Peter Meijer: Only GOP Freshman Who Voted To Impeach Trump Tells All 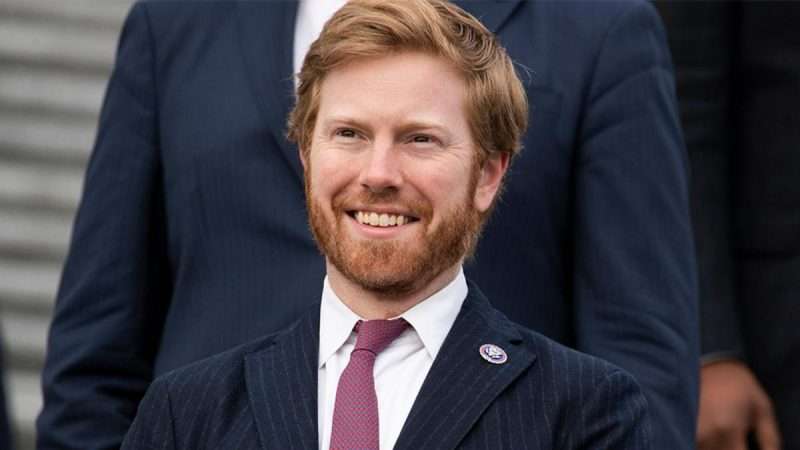 Just three days after being sworn into Congress to represent Michigan's 3rd district, Republican freshman Peter Meijer found himself and colleagues trapped without security in the bowels of the Capitol building while a riot that ultimately claimed five lives raged all around him.

The following week, he was one of just 10 Republicans—and the only first-termer—to vote to impeach Donald Trump, a decision that led to a narrowly failed censure vote from his own state's GOP and immediate announcements that he will be primaried in 2022.

The 33-year-old Army veteran who served in Iraq didn't expect his first few days in Congress to be so chaotic, but he says his military training helps him stay steady as he fills the seat vacated by Libertarian Justin Amash. On the campaign trail, Meijer supported Donald Trump but says that the truculent behavior of the former president and many members of his own party after Election Day not only caused the January 6 riot but cost the GOP the Senate.

Meijer tells Nick Gillespie why he believes in limited government, economic freedom, and individualism; why he's against out-of-control stimulus spending and military adventurism; and how he plans to combat the craziness he sees both on the right and left in the House of Representatives. He also talks about what he's learned about business and public service from being the scion of the Meijer superstore chain, how generational fault lines may be every bit as important as partisan ones, and why he's committed to voting his principles rather than his constituents' will.

The post Rep. Peter Meijer: Only GOP Freshman Who Voted To Impeach Trump Tells All appeared first on Reason.com.