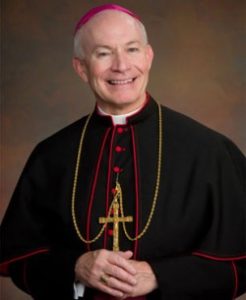 In this episode with Archbishop Lucas, we begin a conversation on the Dogmatic Constitution on the Church

Lumen Gentium, the Dogmatic Constitution on the Church, is one of the principal documents of the Second Vatican Council. This dogmatic constitution was promulgated by Pope Paul VI on 21 November 1964, following approval by the assembled bishops by a vote of 2,151 to 5. As is customary with significant Roman Catholic Church documents, it is known by its incipit, “Lumen Gentium”, Latin for “Light of the Nations”.

The eight chapters of the document can be paired thematically: chapters one and two treat the church’s nature and historical existence, chapters three and four treat different roles in the church, chapters five and six treat holiness and religious life, while chapters seven and eight discuss the saints and Mary.

An excerpt from Lumen Gentium:

1. Christ is the Light of nations. Because this is so, this Sacred Synod gathered together in the Holy Spirit eagerly desires, by proclaiming the Gospel to every creature,(1) to bring the light of Christ to all men, a light brightly visible on the countenance of the Church. Since the Church is in Christ like a sacrament or as a sign and instrument both of a very closely knit union with God and of the unity of the whole human race, it desires now to unfold more fully to the faithful of the Church and to the whole world its own inner nature and universal mission. This it intends to do following faithfully the teaching of previous councils. The present-day conditions of the world add greater urgency to this work of the Church so that all men, joined more closely today by various social, technical and cultural ties, might also attain fuller unity in Christ.

10. Christ the Lord, High Priest taken from among men,(100) made the new people “a kingdom and priests to God the Father”.(101) The baptized, by regeneration and the anointing of the Holy Spirit, are consecrated as a spiritual house and a holy priesthood, in order that through all those works which are those of the Christian man they may offer spiritual sacrifices and proclaim the power of Him who has called them out of darkness into His marvelous light.(102) Therefore all the disciples of Christ, persevering in prayer and praising God,(103) should present themselves as a living sacrifice, holy and pleasing to God.(104) Everywhere on earth they must bear witness to Christ and give an answer to those who seek an account of that hope of eternal life which is in them.(105)

Though they differ from one another in essence and not only in degree, the common priesthood of the faithful and the ministerial or hierarchical priesthood are nonetheless interrelated: each of them in its own special way is a participation in the one priesthood of Christ.(2*) The ministerial priest, by the sacred power he enjoys, teaches and rules the priestly people; acting in the person of Christ, he makes present the Eucharistic sacrifice, and offers it to God in the name of all the people. But the faithful, in virtue of their royal priesthood, join in the offering of the Eucharist.(3*) They likewise exercise that priesthood in receiving the sacraments, in prayer and thanksgiving, in the witness of a holy life, and by self-denial and active charity.